This installment in our ongoing series of book reviews takes on Why the Dreyfus Affair Matters by lawyer/novelist Louis Begley.  Hugh Murtaugh’s complimentary review of Begley’s work intertwines the Dreyfus and the Guantanamo narratives.  Both Begley and this reviewer conclude with the same lament from Proust: “As for asking oneself about its value, not one thought of it now . . . . It was no longer shocking. That was all that was required.”

The story of Guantanamo Bay is not over. President Obama will not be able to shutter the island prison until at least 2011, and then only by moving the remaining detainees to a stateside facility. Time passes, details emerge: the “Camp Delta Standard Operating Procedures” find their way onto the internet; a military judge will not allow the prosecution of a terrorist leader because he has been so badly abused; Sami al-Hajj, the al-Jazeera journalist held for years on changing unsubstantiated charges, is finally released to Sudan, with his diaries. 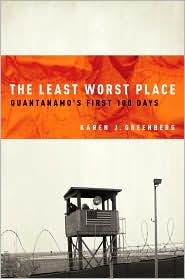